All you need to know about BTL Ultra Femme 360

All you need to know about BTL Ultra Femme 360 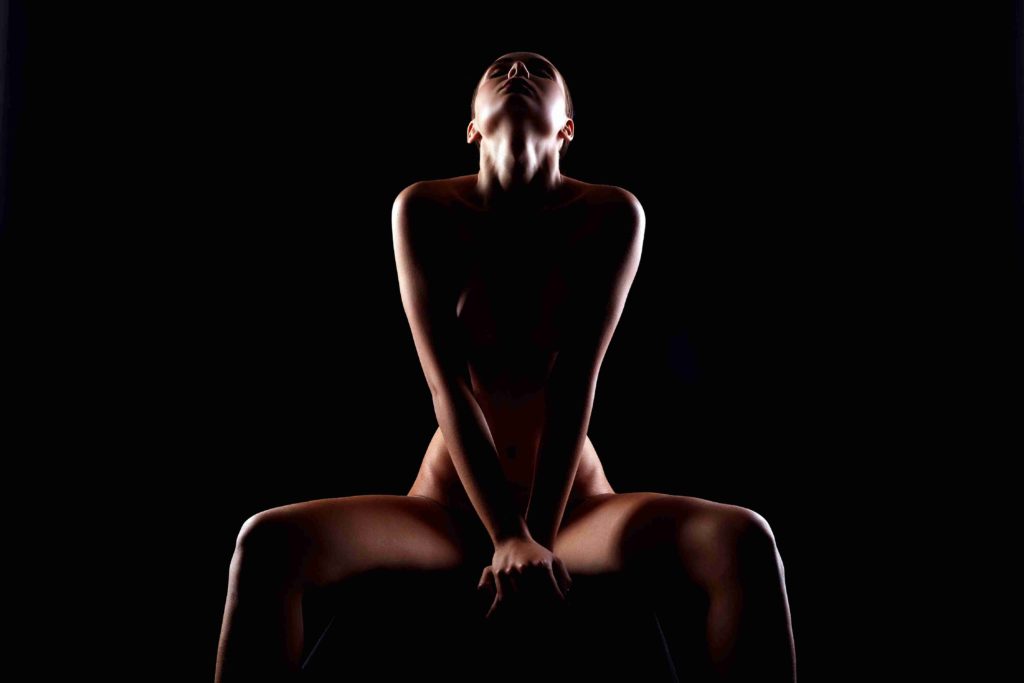 BTL Ultra Femme is a game-changer in vaginal treatment since it’s rapid, painless, and requires no downtime. The demand for these procedures has been tremendous, and women are thrilled to have non-invasive choices for treating personal health concerns.

Menopause causes vaginal tissues to shrink naturally. Women who have just given birth may have slack vaginal muscles, and women who have incontinence may find it difficult to hold in urine.

BTL Ultra femme 360 softly heats and shrinks collagen strands using radiofrequency and ultrasound technologies. The synthesis of new collagen inside the vaginal tract is stimulated due to this.

BTL Aesthetics’ Ultra Femme 360 is truly revolutionary in the cosmetics industry. The gadget employs a 360-degree radiofrequency heat technology, a first in the field. The internal and external formations of the vaginal canal are addressed by Ultra Femme 360s two attachments. The Ultra Femme 360 gadget targets precise, regulated radiofrequency radiation locations. Old collagen fibers are disrupted, and blood circulation is increased, promoting the production of new collagen. After therapy, your body replaced the previously damaged collagen with new, healthier threads.

It’s possible to utilize the Ultra Femme 360 system for:

Sneezing, coughing, laughing, or lifting heavy objects can cause stress incontinence, which is the accidental loss of bladder control due to physical movement or exertion. It can considerably negatively influence your life quality, causing shame and interfering with social and recreational activities. Because the pelvic floor muscles could become weak during pregnancy or menopause, stress incontinence is more frequent after childbearing and as women get older.

You might be surprised to learn that you can reduce stress incontinence issues without surgical operations. Ultra Femme 360 vaginal regeneration works by stimulating the skin and muscle to tighten and tone the area. Stress incontinence is reduced due to the radiofrequency radiation promoting deep inside the vaginal tissue.

The BTL Ultra Femme 360 therapy increases the sensation of orgasm.

Increased blood flow to the clitoris, improved sensation, and quicker access to climax are all benefits of using the BTL Ultra Femme 360 gadget for vaginal rejuvenation. Vaginal rejuvenation is a popular procedure among women who want to improve their sexual happiness and personal relationships.

Vaginal rejuvenation enhances the lubrication of the vaginal canal.

Typically, a thin coating of transparent fluid lubricates the vaginal opening. The hormone estrogen is essential in maintaining the health of your vaginal lining and the ability to retain lubrication. When estrogen levels fall, it can induce the vaginal lining to weaken and become dry, leading to vaginal itching and burning. Women who use some types of birth control may develop dryness in their vaginal area. The same is true for women undergoing menopause, who commonly experience this discomfort. Itching and pain can result from a lack of lubrication, and intercourse can become unpleasant.

Treatment with BTL Ultra Femme 360 enhances the lubrication of the vaginal mucosa and is helpful in the treatment of vaginal dryness.

Patients can target the region or areas of concern using BTL Ultra Femme 360. They can treat either the vaginal canal or the labia or both. Treatment of the labia and vagina can be done together at the same appointment. The radiofrequency radiation is supplied in pulses as the handpiece moves around the labia after a water-based gel is applied to the skin. A specific adaptor is utilized to treat the whole vaginal canal in the vagina. There is no pain or discomfort during the operation, merely a warming feeling. Treatments are generally 20–30 minutes long.

Four treatments spaced one to two weeks apart are administered to obtain the best outcomes. Some benefits may generally be seen and felt right after treatment, with complete results coming four weeks after the collagen remodels. Your doctor may recommend annual maintenance treatments.

Is the surgery completely risk-free?

BTL Ultra Femme 360 complies with all applicable safety regulations. The built-in Energy Flow Control system ensures that the patient receives consistent warmth during the treatment. Therefore, there is often no discomfort associated with the therapy while the maximum energy is delivered to the target region. Compared to ablative lasers, there is no risk of infection or discharge due to the lower temperatures used in the heating process.

Is it an unpleasant experience? What is the sensation like?

What distinguishes BTL Ultra Femme 360 from the competition?

Ultra Femme 360 can provide therapy for both the interior and outside of the vaginal canal in a single treatment session. The Ultra Femme 360 applicator’s unique 360° design allows clinicians to conduct interior treatments in as little as 8 minutes. Radio-frequency waves are used in the treatment, which makes it completely painless. Custom-made tips are provided to ensure greater patient satisfaction. Ultra Femme 360 is the most effective non-invasive radio-frequency equipment for intimate operations available on the market today.

Is there any downtime or adverse side effects?

With the Ultra Femme 360, there is no downtime required. The entire treatment is non-invasive, and there is no need for any recuperation time. You may quickly get the treatment done during your lunch break and then return to your regular activities right away after it.

For more personalized information on BTL ULTRA Femme 360, You may request a consultation or book an Appointment with PBK Med Spa today.

How to Get Hyperpigmentation Off Your Skin? 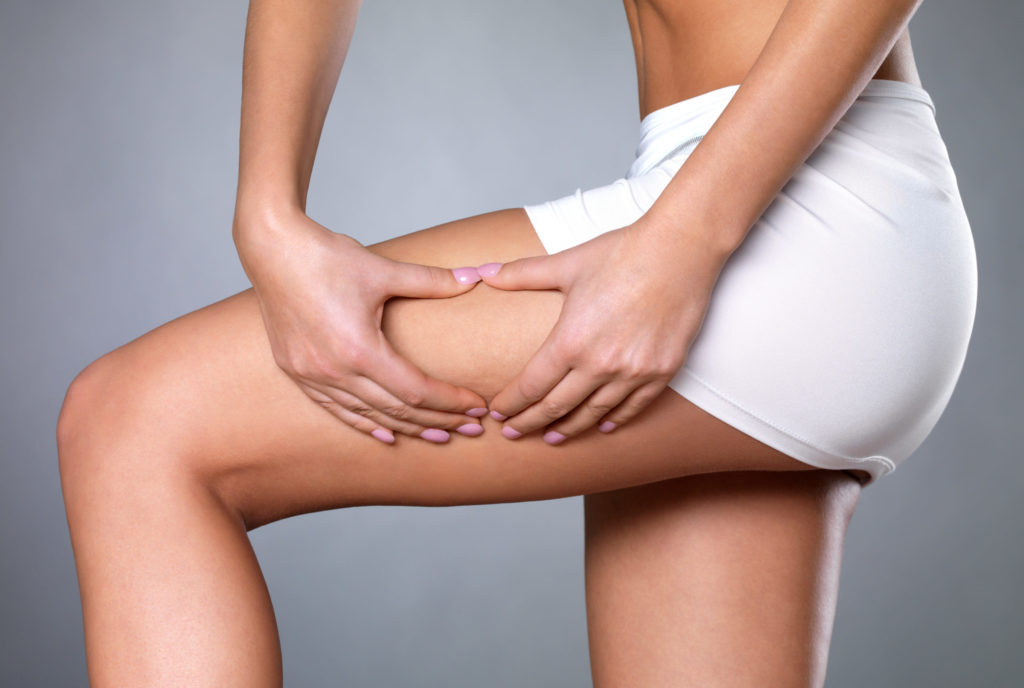 How does Sclerotherapy Work? 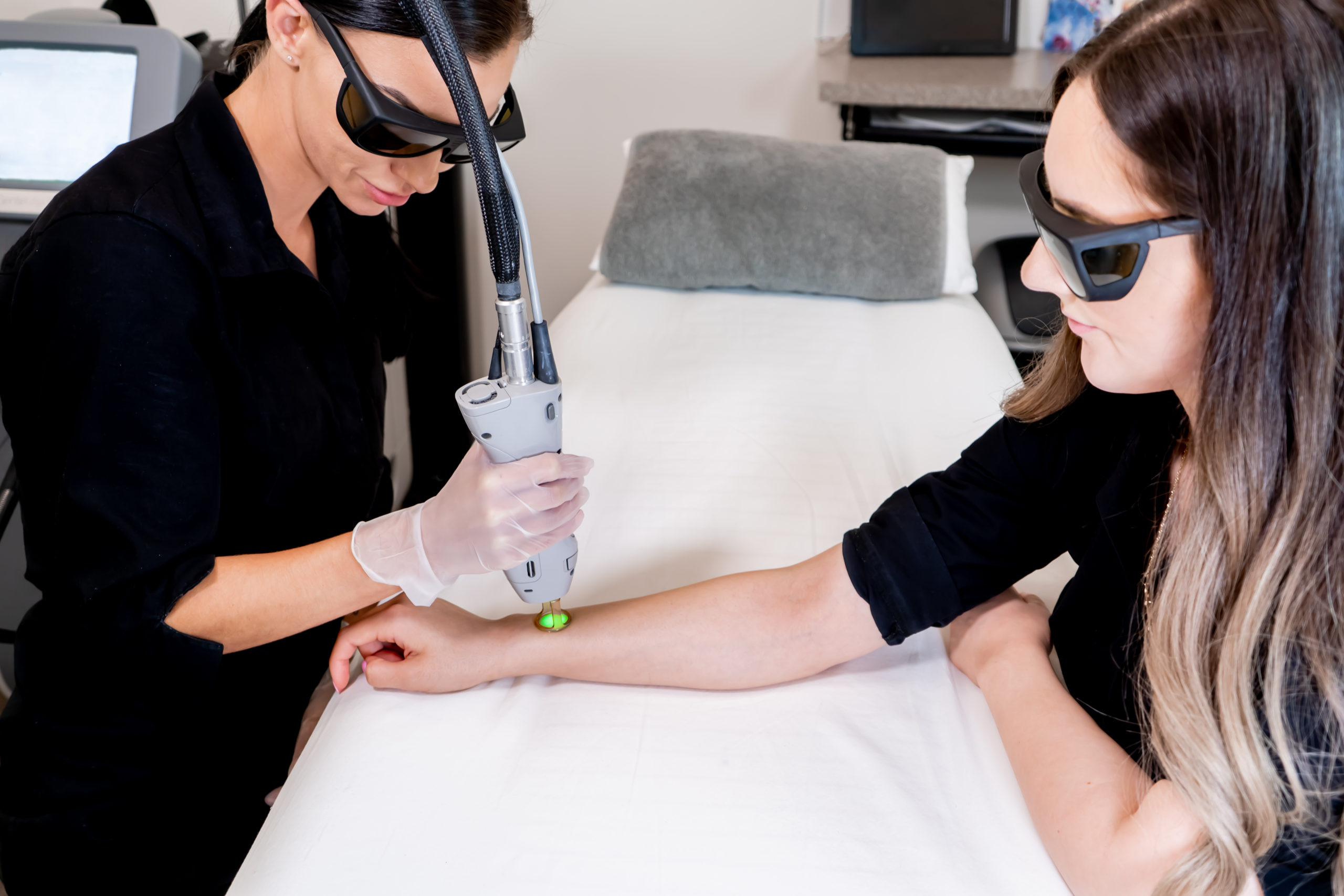 All You Need to Know About Laser Hair Reduction 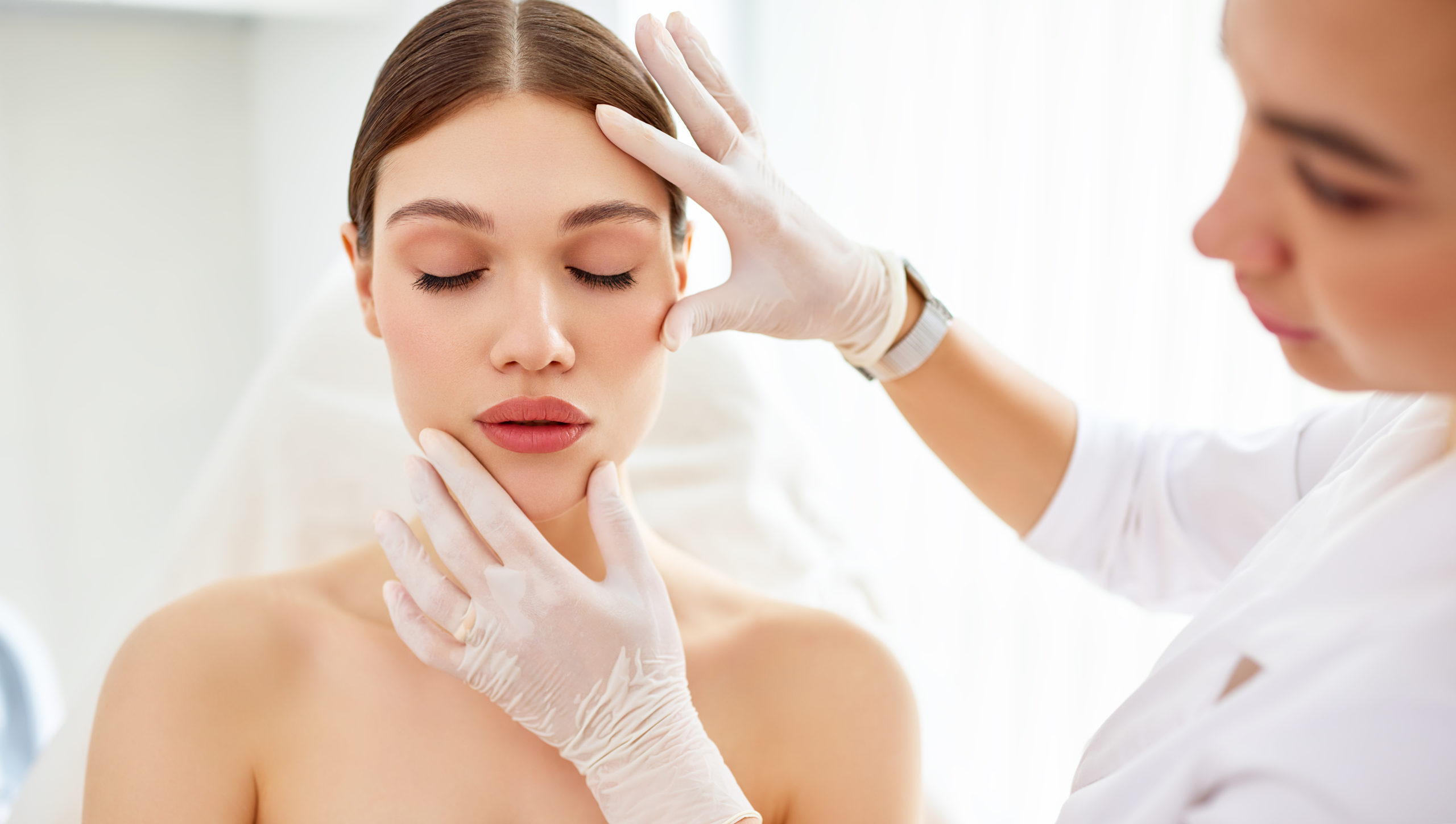 Dermatology: How Does Pigment Removal Work? 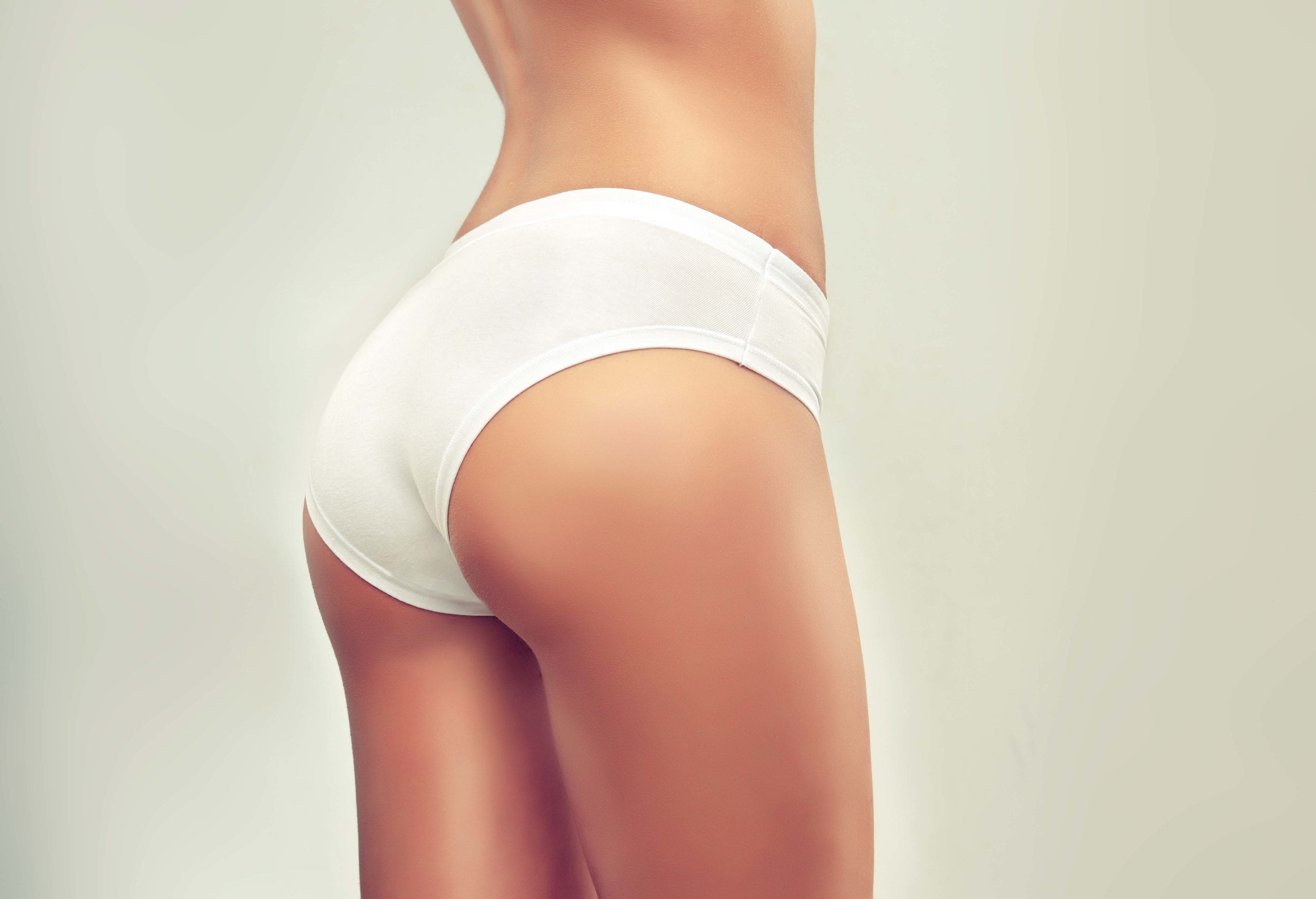 Which Is Better For Stretch Mark Revision: Laser Or Surgery? 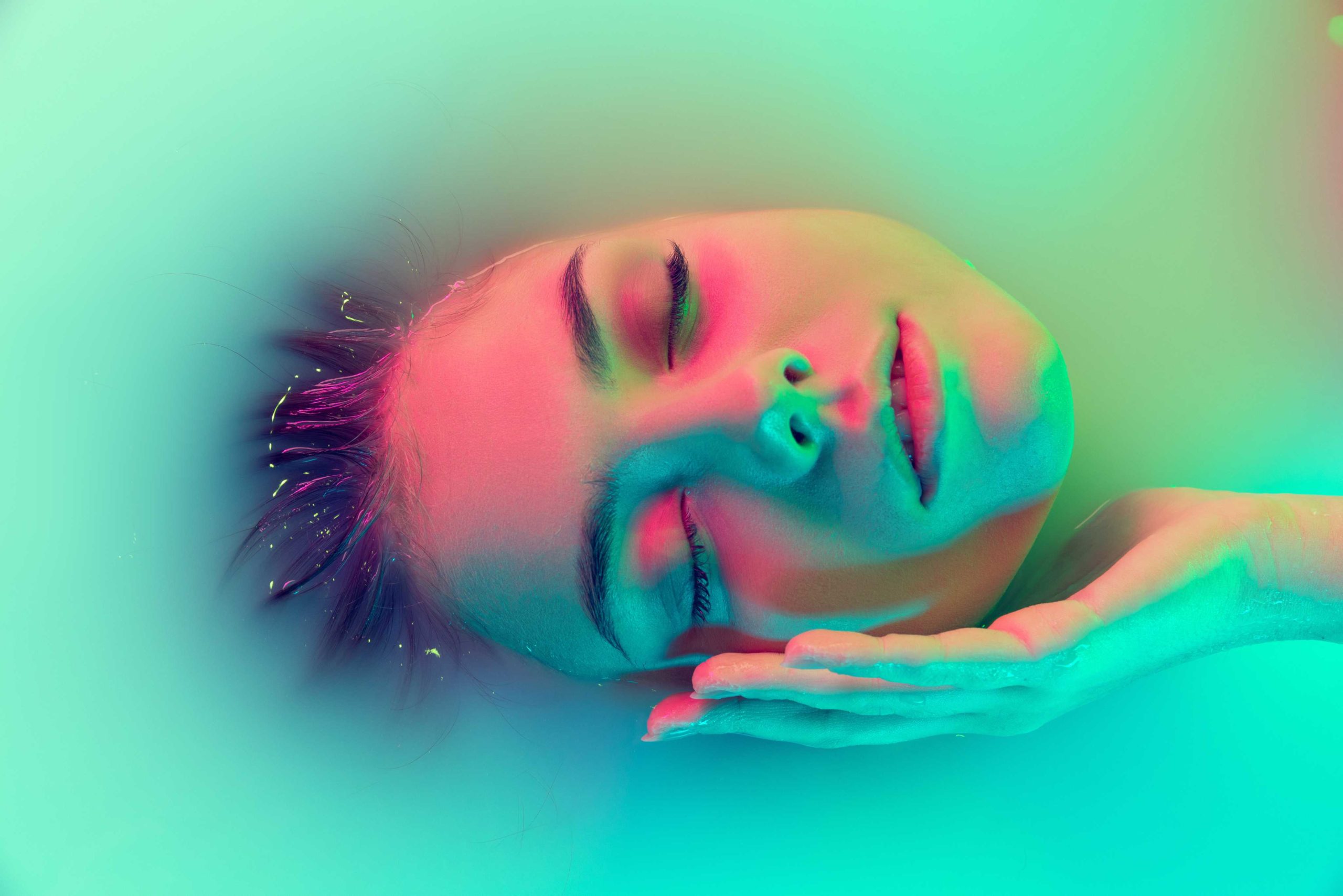 Site Developed And Maintained By